This Saturday we decided to go to Philly and do evangelism with our brothers from Grace Missionary Church at Center city Philly, at the Galleria Mall. There we met a group of young musicians, waiting at the train station in the mall. We had the opportunity to ask them if they believed that God exists, but they all answered that He did not.One girl said she knew God did not exist because she had never seen God. That it was all just a fairy tale.
This is what I would have said to her, had it not been for the circumstance of the encounter (they were annoyed by our presence and walked away). 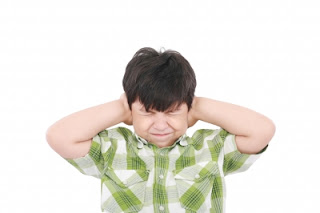 "You say that you know God doesn't exist because you haven't seen Him. But we cannot say that just because we cannot see something therefore it doesn't exist. Take music for example, I cannot see a sound wave yet I know it exists because of it's effects and that it can be measured. But an uneducated person unaware that sound waves can be measured and who is deaf, could say that sound doesn't exist because he/she cannot experience it nor knows that it can be measured. But we know that just because this person cannot hear sound, and is unaware that it can be measured, sound doesn't exist.
see in the same way, you would have to know all that there is to know to say that you are certain that God doesn't exist. And we both know that you don't know all that there is to know. So in fact it is simply not possible for you to say with certainty that He does not exist. But I am here to tell you that He does exist and He has made himself known through His Creation(Romans 1:20), His revealed truth in Scripture (Heb 1:1-2) and His Son Jesus Christ(John 1:1-5), and now he commands all people everywhere to repent, because he has fixed a day on which he will judge the world in righteousness by a man whom he has appointed; and of this he has given assurance to all by raising him from the dead.(Acts 17:30-31 ESV)"
Instead at the prayer meeting after the afternoon ended we prayed for her and the rest of the young musicians and we prayed for Philadelphia, that the gospel may go forth and God may bring salvation to many.